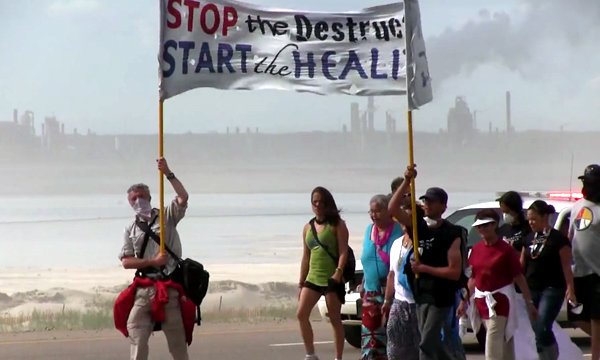 Named as one of “10 Best Eco-Docs of 2014″ by EcoWatch, the documentary exposes the truth about PR Spring, the first commercial tar sands operation proposed in Utah and the nation. This method of fossil fuel extraction which has ravaged tribal lands and poisoned the Athabasca River in Alberta, Canada, now threatens the health of Utahns, the local ecosystem, and the entire Colorado River watershed. Director Jennifer Ekstrom will be on hand to discuss the film.

The screening will be followed by a panel discussion on the issue of tar sands extraction both in Canada and Utah; resistance to such projects; the connection of the tar sands to the Pacific Northwest; and what we can do about it.

Suggested donation of $5. No one turned away.

Aug
3
Tue
7:00 pm “Read in Color” Action Book Club
“Read in Color” Action Book Club
Aug 3 @ 7:00 pm – 8:30 pm
Read a book, then take action! We believe that books can inspire you to make the world a better place—starting in your own neighborhood! Sustainable Ballard is joining Little Free Library’s program to amplify diverse voices at a grassroots, community level. In a twist on the traditional book club, Little …
Aug
4
Wed
7:00 am Ballard Tool Library – Open for ...
Ballard Tool Library – Open for ...
Aug 4 @ 7:00 am – 3:00 pm
Appointments: Given Governor Inslee’s stay home order, the Ballard Tool Library is now open by appointment only. For updates on the schedule please read our latest post.  Please email manager@ballardtoollibrary.org to arrange an appointment. Preferred Time Windows for Appointments: Monday    –  9am to 12 noon Tuesday   –  9am to 12 noon Wednesday –  7am to 3pm Thursday …
7:00 am Meals with Neighbors – Edible Hope
Meals with Neighbors – Edible Hope
Aug 4 @ 7:00 am – 8:00 am
Edible Hope Edible Hope is a program of St. Luke’s Episcopal Church.  Each weekday morning at 7am, a hot breakfast is served to 150 to 200 of our neighbors.  Sustainable Ballard volunteers help prep and cook a meal, serve breakfast to guests, and clean up the space. Families and groups are welcome! Sustainable …
6:00 pm DEI Taskforce Meeting
DEI Taskforce Meeting
Aug 4 @ 6:00 pm – 7:30 pm
Sustainable Ballard DEI (Diversity, Equity & Inclusion) Taskforce purpose is to identify ways that we can incorporate more BIPOC supports and ally activities into the organization. This group will meet every two weeks over Zoom. Some ideas that have been proposed for this group to address are: Research BLM organizations …
View Calendar
Add